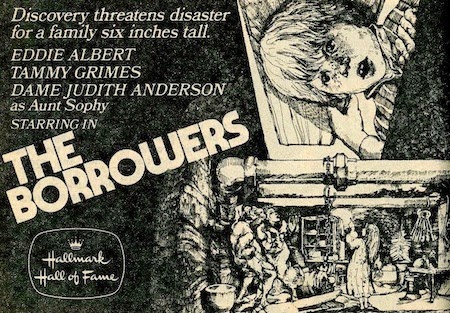 Fantasy drama The Borrowers, based on the much loved novel by Mary Norton, told of a family no more than a few inches high who get by by scavaging things the humans have no use for. The adventures begin when they are discovered by a little girl.