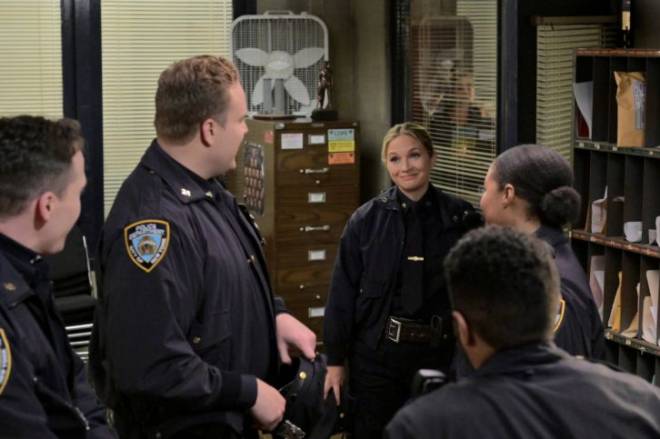 On The Arm: Danny pursues Dickie Delaney (Jimmy Buffett), a con artist pretending to be the legendary singer Jimmy Buffett, after he’s tricked into paying for the scammer’s meal at an expensive restaurant. Also, Frank investigates NYPD Captain Terrell (Regina Taylor), who is using her badge to get free wares from local stores; Erin worries about her reputation when she’s the subject of a salacious, anonymous police blog; and Jamie introduces a decades-old saluting rule in the precinct.