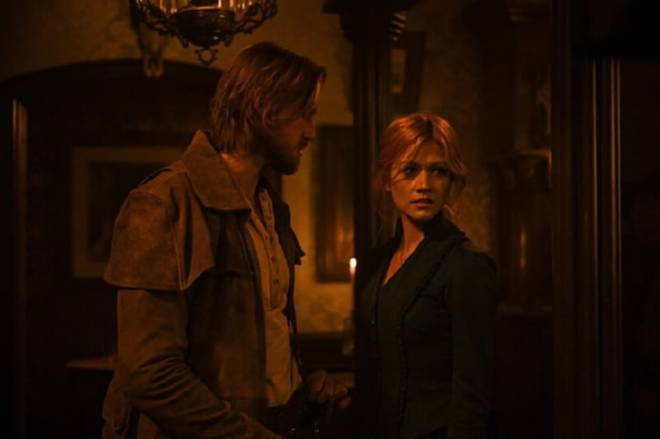 Pilot: In the late 1800s, Abby Walker (Katherine McNamara), an affluent and tough-minded Bostonian, embarks on a journey out west with her husband Liam (guest star Brandon Sklenar), only for her husband to be murdered before her eyes.

Abby arrives in Independence, Texas, after running into Calian (Justin Johnson Cortez), a curious Apache tracker, where she meets a diverse group of people who are hiding their secrets, chasing their dreams, and trying to escape their pasts. These people include Kate Carver (Katie Findlay), an eccentric burlesque dancer who may be too interested in Abby’s past, and Kai (Lawrence Kao), a soulful Chinese immigrant who owns a neighbourhood restaurant.

Hoyt Rawlins (Matt Barr), a cunning con man with a dented heart of gold, runs into Abby as well. He initially sees her as a mark before she turns the tables on him.

In her pursuit of justice for her husband, Abby runs into Sheriff Tom Davidson (Greg Hovanessian), who she has reason to believe is a very bad man, and Augustus, Independence’s honourable deputy sheriff (Philemon Chambers). Abby and Hoyt quickly find themselves in an uneasy alliance as they both work to identify the murderer of Abby’s husband and make a promise to protect Independence, a frontier boomtown where nothing is as it seems.

Set in the late 1800s, Walker: Independence follows Abby Walker, an affluent Bostonian whose husband is murdered before her eyes while on their journey out West. On her quest for revenge, Abby crosses paths with Hoyt Rawlins, a lovable rogue in search of purpose. Abby and Hoyt’s journey takes them to Independence, Texas, where they encounter diverse, eclectic residents running from their own troubled pasts and chasing their dreams.