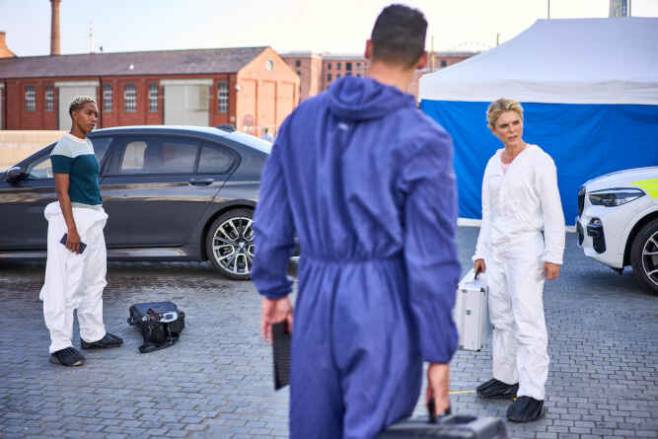 It is great to have Sam Ryan back, but there is some ambiguity surrounding her return, isn’t there?

Yes. I think the fact that she has not been in it for 17 years is a tremendous advantage because as the story develops, you realise that because you haven’t seen her for such a long time, you’re not quite sure where she is. She clearly knows more than she’s letting on from the second she appears on screen. That is part of the mystery and the drama of it really. Is she ahead of us? Is she involved in this? It’s impossible to read her. And that’s an enjoyable bit of the series as you as you play it through. If Sam had left last week or she was exactly the same, I don’t think that would have sustained for six hours. But you’re not quite sure about her. You’re trying to catch up with where she’s been and with what’s happened to her. That is that is part of the fun of it.

Why is the show still so well loved after a quarter of a century?

There’s an extraordinary flexibility to the writers, directors and producers who make the show. Of course, there is always a body, and we always do a post-mortem, but, if you watch the series, every episode is very varied and very different. A lot of crime shows feel very formulaic. But if you watch any two episodes of Silent Witness back-to-back, you can’t believe they’re from the same series. I think that’s very clever. The audience also love knowing that eventually they’re going to catch whoever did it. There is that comfort factor which is a big thing in all crime genres. I think there’s also something that allows Silent Witness to keep regenerating and reinventing itself, that’s why the audience tune in and think, “I know this week’s episode will feel completely different from last week’s”. That’s great.

Why are both Sam and Nikki such popular characters?

They are both such independent women and the audience sees them as incorruptible. I expect the biggest reaction to come in this series will be during the moments where both characters appear to cross lines, and don’t tell the truth or reveal what they know straight away. But in general, if you look at how audiences watch the stories, they love the fact that Sam and Nikki are going to fight to get to the truth. If that means they must distance themselves from absolutely everyone else in the world, then they’ll do it. That’s what makes Sam’s return to the screen so compelling. You feel like she’s been off doing extraordinary things, and now she’s back to search for the truth.

Do you think Silent Witness will still be around in another 25 years?

Why not? Goodness only knows what the advances in forensic technology will be and what speed it will be progressing at. I don’t know whether you’ll still be able to tell a story over two hours if there’s a special computer that can solve the mystery in five minutes. But I can’t see a reason why the show itself wouldn’t keep going. After all, it’s still getting huge audiences. Whether I’ll still be doing the job in 25 years is another matter. Having said that, my diary is free in 2047! I haven’t taken a job for that year yet!