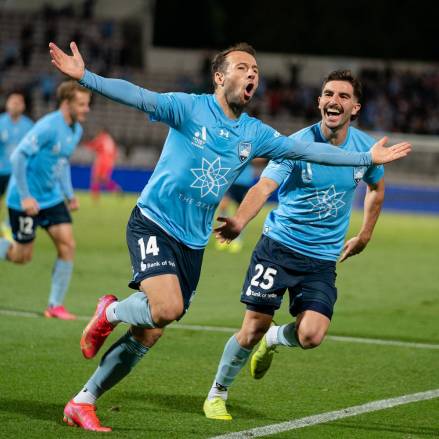 Following losses for both teams in the 2021 Grand Final to arch-rivals in Melbourne, the club is out for redemption in their last year in exile, before their move back home to their new state-of-the-art stadium. Will they return home as runners-up once again, or return as heroes?

Sky Blue: Inside Sydney FC is told through a cast of eclectic characters and those who matter most. From the players, coaches, backroom staff to the fans, this exclusive on and off the pitch access, is the first time a documentary series has followed both the men’s and the women’s teams over the course of a tumultuous season.

The four-part series will give viewers real-life sporting drama that delivers triumph and disaster, hope and despair, agony, and ecstasy – the perfect binge-worthy football documentary ahead of the return of the Isuzu UTE A-League and Liberty A-League seasons.