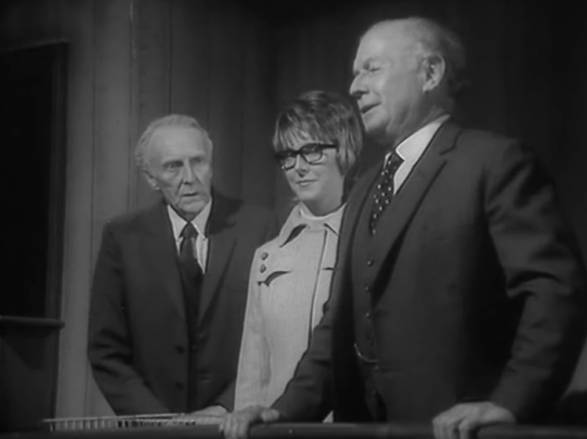 In the farcical The Great Blanket Factory Swindle, the Cosy Lamb Blanket Factory is in danger of going out of business. The board is very much under the control of elderly Lady Flanders but Mr Bender is in charge of the Order Department. A recent board meeting descends into name calling amidst talk of how money could be raised to save the company. The next day Mr Bender is discovered trying to leave the company with £40,000 in his briefcase, he claims to know nothing about it but the Squad are called in.

Bender is sacked as the investigation begins but it’s complicated business as no one seems to know where the money has come from. Sgt Hicks then goes undercover (as Miss Jones) as Bender’s replacement.

Quite the surreal episode, a large chunk of it is given over to the eccentric mostly elderly male members of the ordering department. It’s all very entertaining and once Gamble finds out what is going on he is actually quite sympathetic.

The end theme tune was a slightly longer version with a slghtly mellower intro,