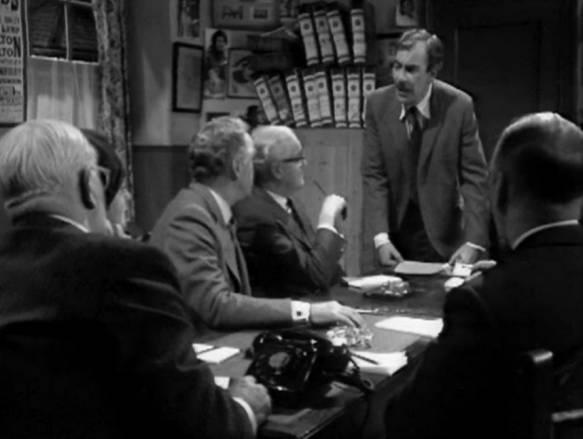 In The Critic, the final episode of the series, Arnold Jeavons, the theatre critic of the Gazette dies and Sue is drafted in to take his place. Sue is not impressed by the comedy that she sees and writes a scathing review. It quickly causes a great deal of consternation in town.

Sue, and Hadleigh himself believe the theatre needs to be more progressive in it’s outlook but John Danvers, the manager of the theatre is only interested in putting on plays he knows will please his “regulars.” Sue’s bad review sparks a feeling of discord amongst the actors and threatens to derail the whole company. 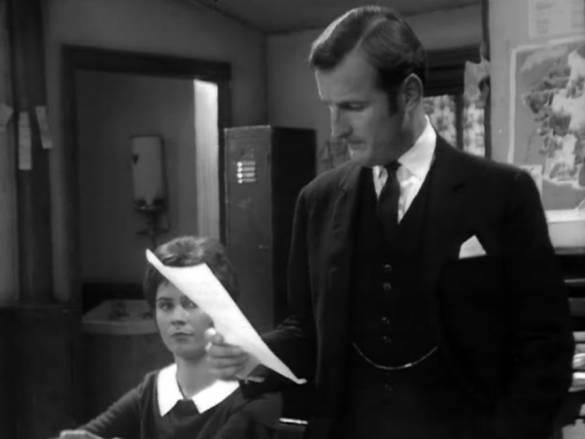 James takes a look at Sue’s none too friendly review.

An excellent final episode with all the regulars playing a part. Hadleigh manages to pledge himself further to the Gazette becoming, by the episodes end, the paper’s potential new theatre critic! He also schemes to get rid of Danvers to bring the theatre’s potential around.

And that’s it for Gazette. Hadleigh would be back in just under a year though in his own self titled series. Some vestiges of Gazette would carry over. Sue Jackson would remain a regular for the first season of Hadleigh and Frank Walters made one appearance.