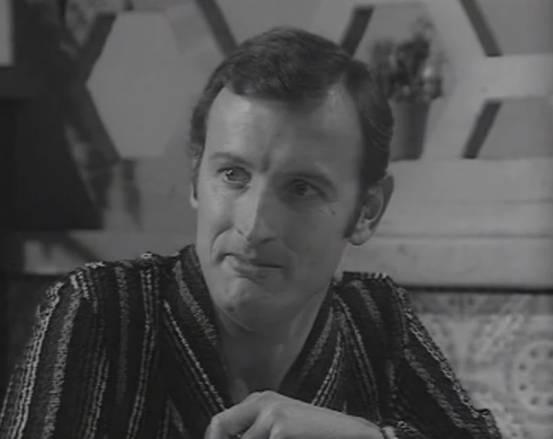 In Day of the Miuras Hadleigh finds himself unwillingly drafted back into the civil service. The treasury department want him to travel to Spain with the officious George Wenner to look for a “spy” who has gone missing. However the department have got Hadleigh involved under false pretences. Wenner is only interested in catching a number of English people who have bought villas in the region despite there being a limit on the amount of money being allowe out of the country – which at the time was just £5,000. It was the relaxing of these rules that allowed for the package holiday boom of the 1970’s.

Hadleigh is none too pleased when he discovers the real reason for the trip.

Another one of those episodes set abroad but completely filmed in studio. It’s quite a strange affair to be honest. Hadleigh it turns out apparently visits Spain every year for the bullfighting (which of course we see no sign of) and in particular the Day of the Miuras. Wenner is a thoroughly unlikable character and the plot seems somewhat pointless until we discover that Hadleigh is planning to team up with a friend Charles Peters to build a hotel on the land that he owns. Peters ha recently become a French citizen so the money rules do not affect him. 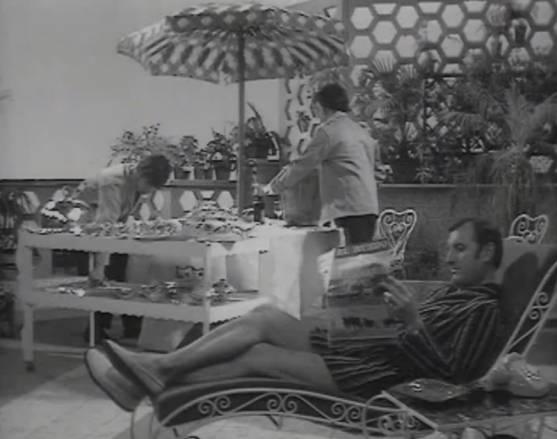 Hadleigh catches a few rays in the idyllic surrounds of the Yorkshire studios.

classic quote
“Tony will turn up when he is told to, now it is your turn to get lost.”