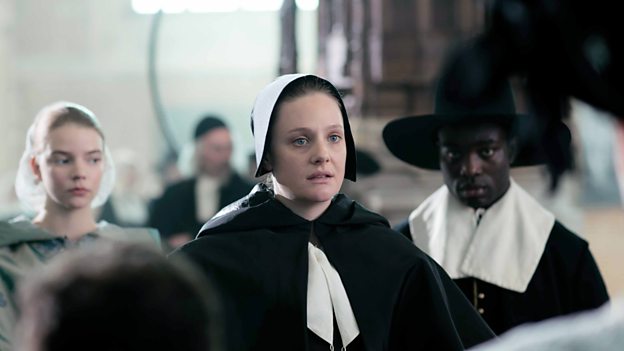 Romola Garai plays Marin Brandt in The Miniaturist, premiering soon on BBC-1, here she talks about what drew her to the drama and being in a costume drama where she pretty much only gets to wear one costume.

What attracted you to the role of Marin?
I’d read the book shortly after it came out and I thought it was a really surprising novel, really interesting and with very strong feminist themes in it, so I was very excited about it. Time passed and then an email popped into my inbox with the subject, The Miniaturist. I thought it was fantastic they were making it and I was really excited to read the script.

It’s a very genre-bending novel; it appears to be like a costume drama we have seen before, but very quickly we realise that it’s not that. It’s about a woman coming into her own in a society that’s very patriarchal, it’s about a love affair, it’s about discrimination, and it’s about people trying to survive in an incredibly controlled state. It’s a thriller and it’s also a story about political and emotional awakening.

Marin is a particularly interesting character, I think she has one of the best arcs. When I first read the book, she was the character that stayed with me, and when I read the scripts I immediately remembered everything about her. She’s told in beautiful detail in the novel, which John has retained in the script. Marin is just a great character to play, it was a real treat.

Tell us about Marin.
When you first meet her, because the story is told through Nella’s perspective, you meet a woman who seems very cold and intimidating. Then gradually you get this drip-feed of information about her; you see she’s been helping Johannes run the business and you learn that they were orphaned at a young age. She’s very intellectual, she’s very well read, and she’s not married, which is very unusual at the time.

One of the reasons I found her such a fascinating character is that she’s full of secrets and she’s layered; very conflicted and has great faith, but also passions. The house they live in is essentially a tinder box of secrets that Marin has been sitting on to try and stop the secrets exploding out. However although it seems she is trying to keep a lid on it I think she believes that they could subtly break all the rules and be free within the house at least, if only her brother stopped acting so recklessly.

Hopefully audiences will question what is driving her hostility towards Nella. Marin needs Nella a lot to maintain the appearance of being a normal household but it’s also very important that Nella is afraid of her so that she doesn’t try digging and discovering the secrets that they are all trying to keep – because if anyone finds out then their futures are ruined.

What was it like doing the scenes between Marin and Nella?
I loved working with Anya, she’s an incredibly accomplished actress. She’s got a difficult job in this, because Nella has to be very innocent at the beginning of the story, which is always difficult for an actor to play, and also more innocent that a woman of that age would be now. She’s constantly making discoveries, she doesn’t have the information that the rest of us do so she’s always learning new things, and she’s done that with real beauty and subtlety. I really enjoyed doing all our scenes together. 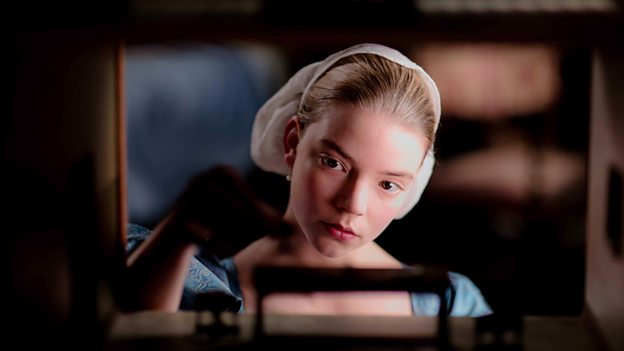 Tell us about Marin’s costume.
Marin only had one costume until a very late stage of the story. Her costume is typical of the puritan values of the period which rejected anything that smacked of luxury or louche values. They also didn’t wear make-up in this period at all, certainly not women of this class and station, and the hair was very simple and scraped back. Her head would have been covered at all times, so I had a black cap that I wore, but to be honest when I wore it I couldn’t really hear what anyone was saying and also talked incredibly loudly because I couldn’t hear myself, so essentially I was shouting at the other actors!

What makes The Miniaturist stand out from other period dramas?
I’ve done lots of historical pieces but there’s something very unusual about this. When you do contemporary novels set in the past the writers are able to do a lot more, and tackle complex themes which writers writing at the time weren’t able to do. More than that, it’s interesting in that it explores a number of different genres. It has elements of a thriller and then it becomes a family drama and then it becomes a polemic about what happens in societies that are so controlling.

I hope people will sit down to watch the show because it’s a pretty costume drama and will be surprised that it is actually rebellious and constantly bringing up important issues – and that they’ll be so engaged they won’t be able to look away.