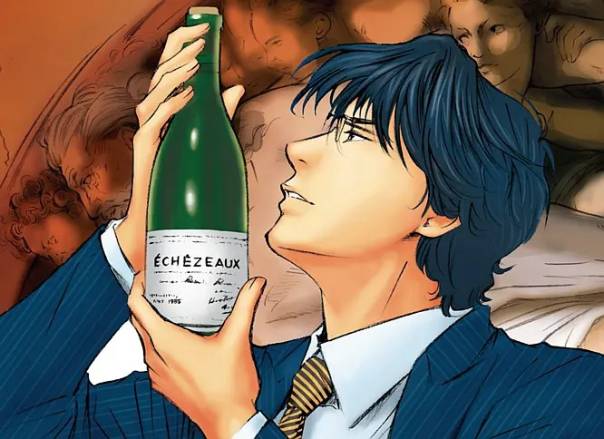 The award-winning Japanese manga series “Drops of God,” written by Tadashi Agi and illustrated by Shu Okimoto and published by Kodansha, has been converted into an eight-episode bilingual French-Japanese drama for Apple TV+.“

Alexandre Léger, author of the revered Léger Wine Guide and a towering figure in the field of oenology, passed away peacefully at his home in Tokyo at the age of sixty, leaving the world of fine dining and wine in sadness. His daughter, Camille (Geffrier), resides in Paris and hasn’t seen him since she was nine years old and her parents divorced. When Camille comes to Tokyo to hear her father Léger’s will read, she finds out that he has left her an extraordinary wine collection, the largest collection in the world, according to the experts. Léger refers to his “spiritual son,” a young oenologist named Issei Tomine (Yamashita), in his will, so Camille has some competition if she wants to inherit his fortune. Is his bond with Issei only spiritual, though?

Drops of God” stars Fleur Geffrier (“Das Boat,” “Elle“) as Camille Léger and Tomohisa Yamashita (“The Head,” “Tokyo Vice,” “Alice in Borderland“) as Issei Tomine. The series is produced by Les Productions Dynamic in association with 22H22 and Adline Entertainment.

One of the largest publishing companies in Japan, Kodansha was founded in 1909 and has a wide range of publishing activities.