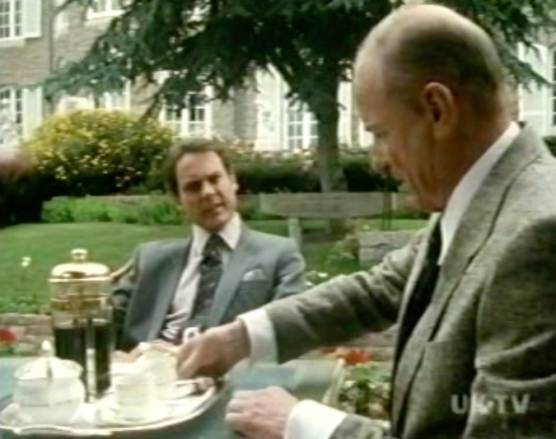 In The Dark Horse Charlie and a syndicate he is involved are in the throws of taking a controlling interest in a major computer company run by Thomas Leighton but Leighton’s wife Anne -Claire is causing problems. She is a co-owner and the deal can’t go ahead without her signature. Meanwhile Jim finds himself back on Jersey to appear as a witness in a court case. When Anne-Claire goes missing Charlie asks Jim to find out where she is.

It turns out that DC Lomas is embroiled in an affair with Anne-Claire but Jim is concerned that she and bank manager Wenslow may be using Ben in a bid to sell off the company elsewhere.

A strong episode with some good scenes between Jim and Inspector Deffand at the bureau. Jim makes it plain that Deffand may have a higher rank than the men under his command but in the real world he has no rank at all. Jim sticks his neck out to save Lomas’s career but the immature Ben doesn’t see it that way and by the end of the episode is already romancing a new girl.

There’s a fun scene at the end of the episode too where Charlie tries to persuade Jim to stay on Jersey offering to set him up with his own private detective business called…. Hungerford Investigations. Jim is not interested of course even if he has spent the whole episode doing just that. 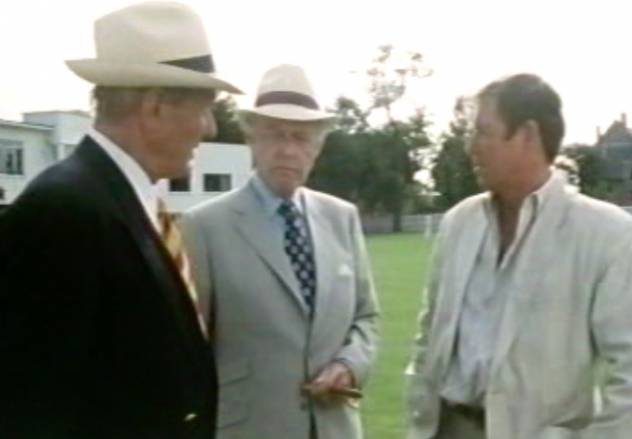 classic quote
“He’s not even a real private detective, he’s just a thick head of an ex-copper.”