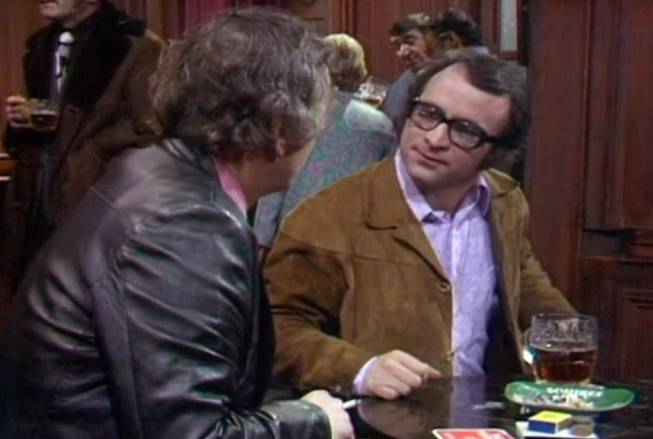 In Holy Deadlock, the final episode of the series, Annie is sick and tired of neither of the boys providing for her like they should. Both Stan and Dobbs decide they need to pull off a major job to keep Annie happy. In best sitcom fashion they both decide to burgle the same well appointed apartment.

It just so happens that the apartment belongs to one of Fulham’s top gangsters. When he returns home early Dobbs and Stan decide the only course of action is to give themselves up to the police!

In a funny final scene Annie visits both the boys, who are in jail awaiting trial, and tells them she will wait for them until they get out.

In our initial view of the series we had it marked down as a not quite as good version of Clement and La Frenais’ own Whatever Happened to the Likely Lads but in the end it was an enjoyable series in it’s own right with nice playing between the three leads and a theme tune that turned out to be a real grower. 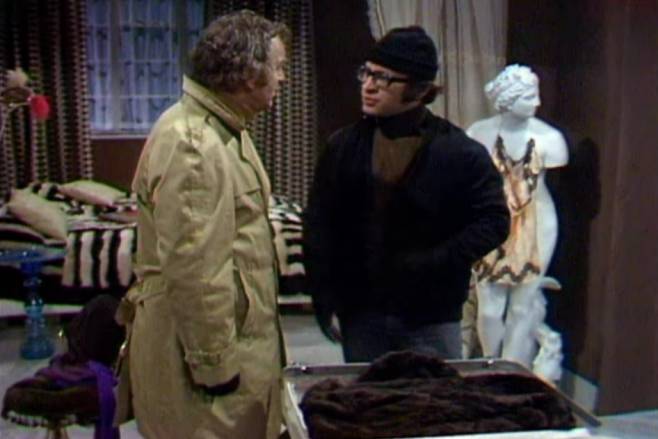 Stan and Dobbs both decide to rob the same apartment.

classic quote
“Don’t try and be funny Stan, you’re not a funny man.”

Series: Thick As Thieves Episode 8 (of 8)