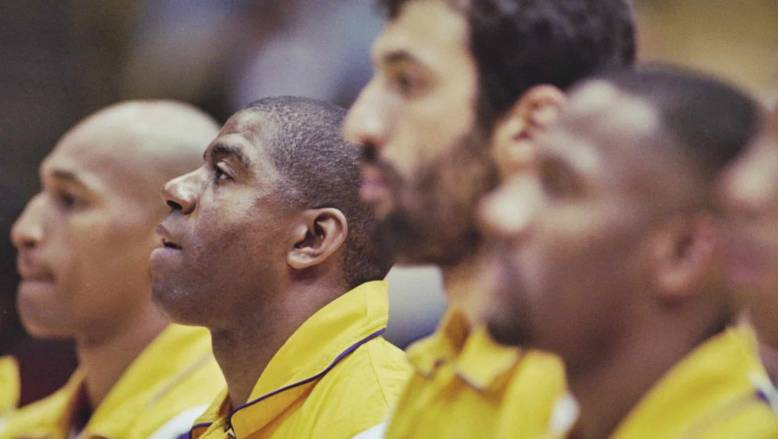 Disney+ has debuted the trailer for the eagerly awaited 10-part docuseries “Legacy: The True Story of the LA Lakers,” which is the brainchild of Lakers CEO and controlling owner Jeanie Buss and Emmy Award-winning director Antoine Fuqua.

One of professional sports’ most dominant and recognisable franchises is the subject of the series “Legacy: The True Story of the Los Angeles Lakers,” which charts its remarkable rise and unfathomable success.

This 10-part documentary series chronicles this extraordinary story from the inside – told only by the people who lived it – with exclusive access to the Buss Family and probing, revealing interviews with players, coaches, and front office execs.

Nobody could have predicted how much success charismatic real estate tycoon Dr. Jerry Buss would have when he purchased the Los Angeles Lakers in a wildly risky and complex business deal. The notorious L.A.-playboy pioneered the business of basketball in 1979, kicking off the “Showtime” era.

He increased the price of floor seats, added dancers and a live band, opened an exclusive private club inside the arena, and cultivated famous Hollywood fans. Over the last 40 years, the team has won 11 championships and retired the jerseys of some of the NBA’s most famous players.

Dr. Buss’s fortune is now worth more than $5 billion. But none of this success came easily. Along with infamous feuds, career-ending illnesses, and a slew of insurmountable on-court challenges, the Lakers have also been subjected to intense drama off the court – within Dr. Buss’s own family.

Dr. Buss ran the franchise as a “mum and pop” shop, giving his children front-office jobs with the understanding that they would inherit his kingdom someday. However, sibling rivalry, interpersonal conflict, and corporate unrest threatened to demolish everything Dr. Buss had worked so hard to create. “Legacy: The True Story of the Los Angeles Lakers” is ultimately about family, business, and power – and how all three must be harnessed to achieve greatness.

Robust parental controls ensure that Disney+ remains a family-friendly viewing experience. Subscribers can limit access to mature content and create PIN-protected profiles in addition to the existing Kids Profiles to provide peace of mind to parents and guardians.

Legacy: The True Story of the LA Lakers is coming soon to Disney+ Australia.