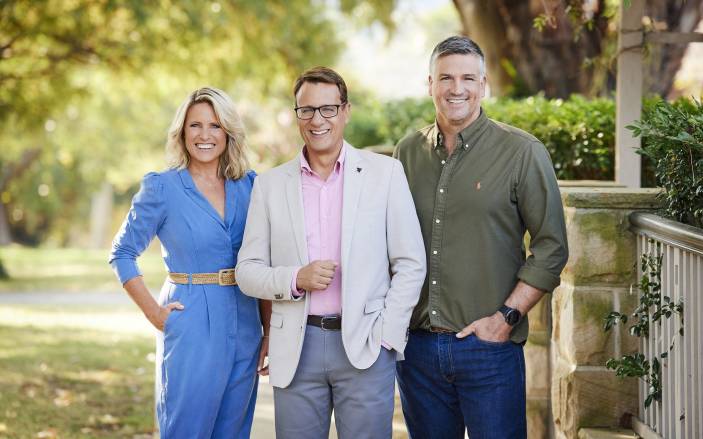 Andrew Winter, the award-winning host and real estate specialist, will be joined by new presenters Wendy Moore, an interior designer, and Dennis Scott, a landscape designer.

Despite the fact that Australia’s property market has reached new heights, desperate homeowners are still battling to sell the unsellable. It’s a baptism of fire for Wendy and Dennis, who must change a parade of sad and awful properties and sell them as real estate masterpieces with Andrew’s help.

“I had planned for a gentle start and to ease my colleagues into the Selling Houses team, gently guiding them through it, instead we were hit with the biggest property boom seen in decades and a pandemic that just wouldn’t go away. Wendy was home schooling between shoots and Dennis and I, being Queenslanders, were marooned away from our families for five months.

“So, the pressure was on, and I have to say the results were better than ever, as it brought the team so much closer together and made us stronger than it would have been under normal circumstances,”

Selling Houses Australia returns Wednesdays 30 March at 8.30pm on FOXTEL- Watch on LifeStyle and On Demand.