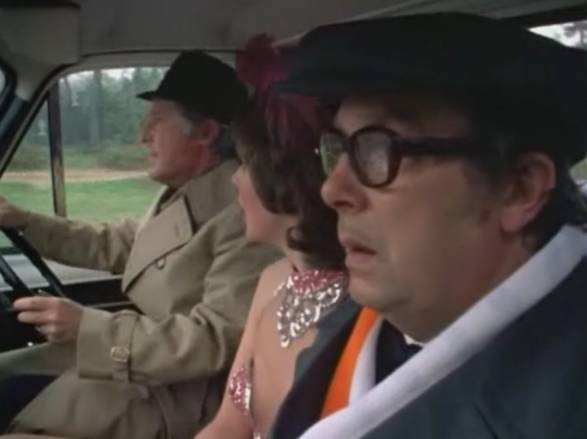 In Hearts and Minds Regan and Carter find themselves out of their depth when they get caught up in a case involving the British Secret Service, the KGB and Morecambe and Wise!

What begins as a normal robbery investigation turns into something much more lethal. A scientist called Busby has gone missing, he has just made a major breakthrough with his research. The British government had previously decided to close down his lab but have now changed their mind – the Americans and the Russians would also like to get their hands on his work.

Busby’s mistress just happens to be working with Morecambe and Wise in a nightclub spot they are doing. 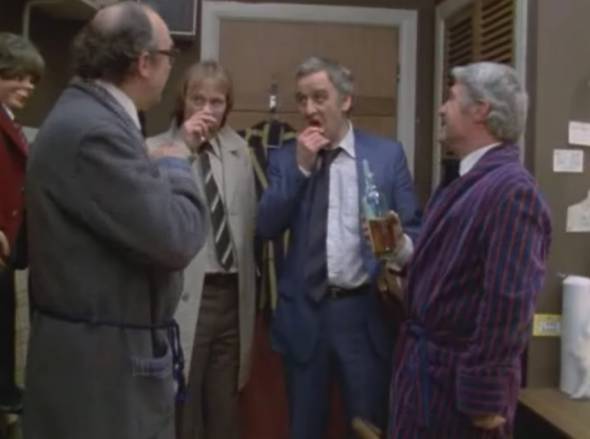 John Thaw and Dennis Waterman had appeared on the Morecambe and Wise Christmas Show a couple of years earlier but had only agreed on the promise that the comedy duo returned the favour.

There’s quite the knockabout vibe to proceedings, especially in the scenes involving Morecambe and Wise, the final sequence sees them involved in a car chase with pretty much everybody on their tail. They are in a fresh fish delivery pick up truck which cues some dodgy stuntman work as Eric climbs into the back of the truck to throw cartons of fish at their pursuers. 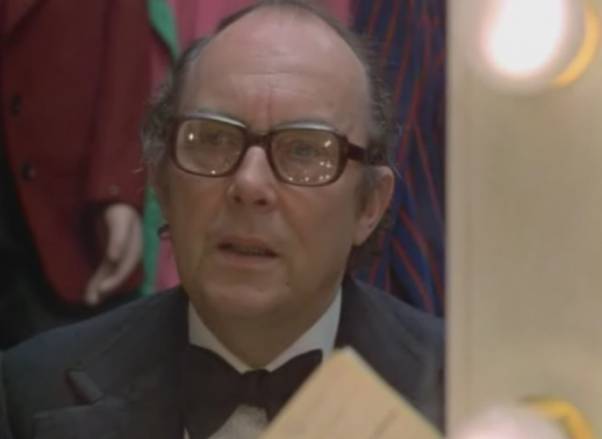